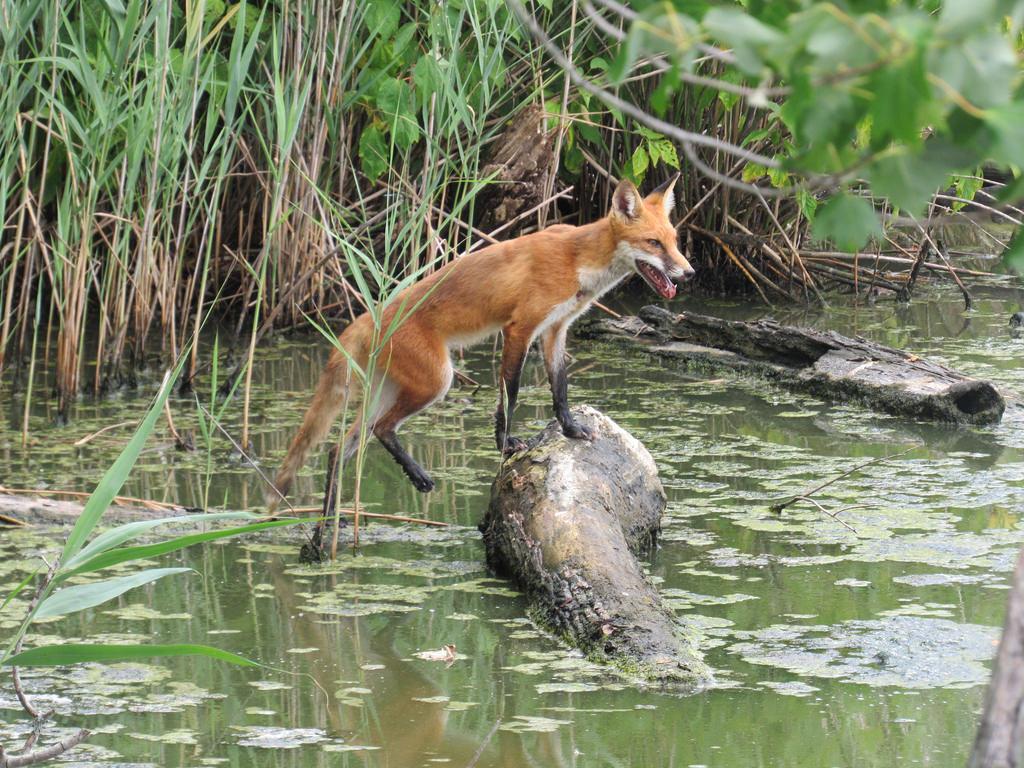 The red fox is the largest of the fox family, found throughout this continent, from the Arctic Circle to Central America, as well as in Europe, Asia, and parts of Africa. Although native to Maryland, there are reports of early European settlers importing European red foxes for hunting purposes. Because of this, scientists theorized that red foxes in the eastern part of this continent were descendants of these European imports. However, DNA tests have shown that the red fox is indeed native to North America and that the populations in the mid-Atlantic and southern states are the result of range expansion from the northeast and Canada.

The success of the species in a wide variety of habitats around the world, and its demonstrated ability to learn from experience, has led a variety of human cultures to include the fox in folklore and literature. In many Native American traditions, the red fox is a trickster, working to deceive both humans and other animals through cunning and guile. In others, the animal is a wise and benevolent messenger, helping humans find food or their way home. But afterwards, the fox goes its own way, not becoming part of any group or community.

Unlike its canine cousins the wolf and the dog, which can be quite sociable in groups, the fox tends to be more solitary, interacting with other foxes mostly only during the mating season, which in Maryland occurs from January through March. During quiet winter nights, their calls can be heard across great distances, consisting of a wide variety of barks, shrieks, whistles, and other vocalizations. They will also vocalize to signal danger or upon encountering another red fox.

During this time, the male and female will choose a den in which they will shelter the young. They may dig their own burrow for this purpose, but they often will occupy an abandoned groundhog burrow and expand it for their own purposes. In more human-based areas, they may occupy the crawlspace under a shed or a deck. Throughout the rest of the year, they prefer to stay in the open and relying on their fur to keep them warm.

After a gestation period of about 50 days, the female will give birth to a litter that averages 4 to 5 pups, called kits, in the spring. The young are born blind and toothless, and the female stays with them for up to two weeks until their eyes open and teeth begin to erupt. During this time, the male will bring food to the female. After their third week, the kits will begin to transition to solid food, although they may nurse for up to 7 weeks before being fully weaned. During this time, their dark brown fur begins to change to the distinctive rusty red, and the streaks of black appear on their muzzle. They reach adult proportions by the age of seven months.

At this point, usually in the fall, the new generation strikes out in search of new territory to call its own.A red fox will create a home range between 3 and 30 miles in diameter, depending on location and food availability. They are generally nocturnal, but are also active during dusk and dawn.

Because they are highly successful and adaptable omnivores, they occupy a wide range of habitats across Maryland, including woodlands and open fields, as well as urban and suburban areas. They eat both plants and animals; their diet includes rabbits, snakes, birds, mice and insects, along with berries and fruit.

The red fox relies on its hearing for hunting. It can hear animals with great accuracy as their prey scuttle under leaf litter, or even chewing, digging, or rustling underground. When they have pinpointed their prey, they will rapidly dig to capture it. Red foxes have also been known to stalk animals such as small mammals and birds by leaping onto them and pinning them with their forepaws. They can jump up to 6 feet in height and can sprint at nearly 30 miles an hour. In some cases, they will cache food for later.

Across their range, red foxes are prone to predation as young from eagles and coyotes, and as adults from bears, wolves and mountain lions. In many areas where red foxes and humans interact, they are subjected to hunting as suspected pests or as a source of fur. However, given their wide range and their adaptability, their populations are mostly stable worldwide. In Maryland, they are managed as a fur-bearing species, with a regulated hunting season.