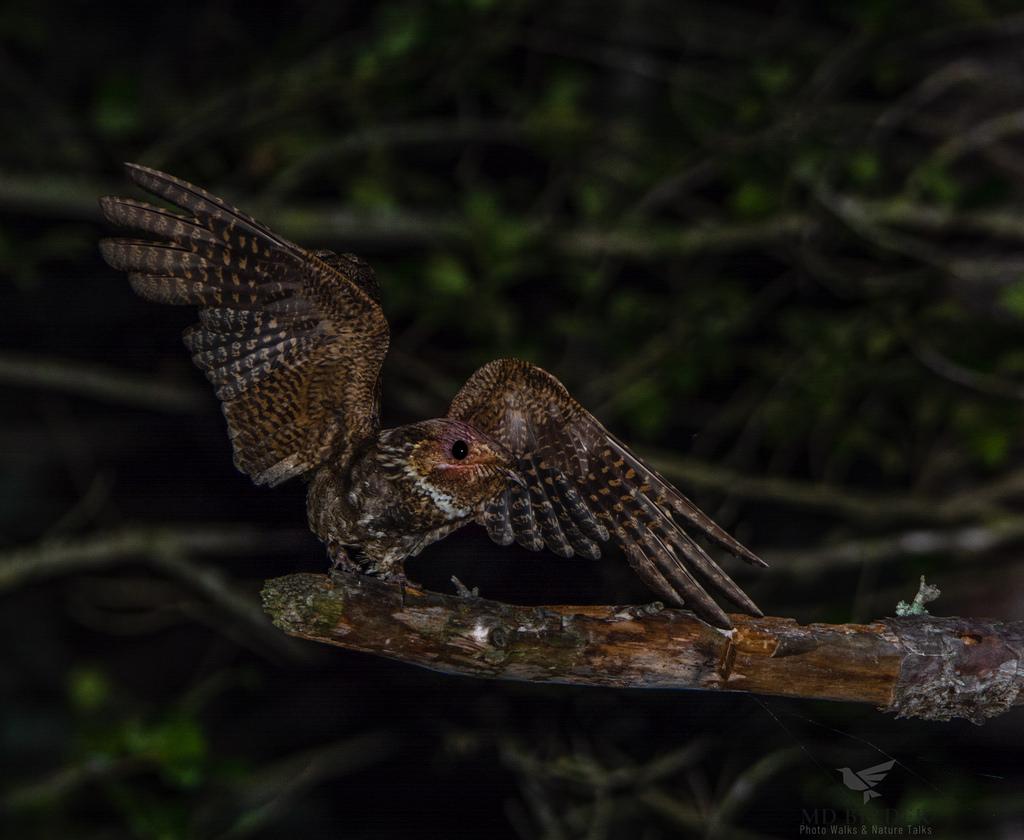 Once you’ve heard the call of the Chuck-will’s-widow, chances are you won’t easily forget it. When I worked for the National Park Service’s Cape Hatteras National Seashore, I lived in a small house tucked into the edge of a maritime forest. Every summer, and particularly during nights with full moons and clear skies, I was serenaded by several of these birds outside my bedroom windows. They prefer to roost in the same location night after night, from which, as one writer put it, an adult “incessantly sings its name.” I know I felt that way sometimes as I heard them calling over and over.

This vocal bird has been observed, or heard, throughout Maryland except for in Carroll County. Observations are common on the coastal plain and particularly on the lower Eastern Shore in areas such as Assateague Island and St. Mary’s State Park. They are less common in the central part of the state and are very rare in the western counties. The birds prefer oak-hickory and deciduous mixed woodlands, but will also inhabit pine forests and edges of swamps. They arrive from tropical regions in the Caribbean and northern South America to breed and raise their young before migrating south.

This bird’s coloration helps them become inconspicuous during the day. Their upper parts are a mottled mix of black, brown and buff feathers, ideal for camouflaging while roosting on the ground or on a branch. In flight, there are only small stripes of white on the males’ tails. And of course, after dark, the only way humans usually know that they are occupying habitat is because of the call. If you are persistent and lucky enough to find the location where one is singing, a flashlight beam that catches its eyes will reflect back as bright orange.

The bird itself is actually rather large in size, measuring between a robin and a crow. It has a large, flat head and long wings designed for gliding over trees and along woodland margins in search of prey. Unlike other nocturnal predators such as owls that use enhanced hearing to find and hunt prey, the Chuck-will’s-widow depends on its vision. It has large eyes designed for low light conditions. Silently swooping on its prey and using its wide, gaping mouth, it captures insects such as moths and flying beetles. Chuck-will’s-widows have also been known to hunt small birds, such as hummingbirds, sparrows, and warblers. All prey is apparently swallowed whole.

On nights when there is not enough moonlight to hunt, they only forage for an hour or so at dusk and take the rest of the night off. The bird’s low metabolic rate allows them to go long stretches without food.

Beyond this basic information, there is still a great deal to be learned about these mysterious and elusive birds. For example, scientists and observers do know that the species does not build nests or lay their eggs in scrapes on the ground; in fact, they simply lay their eggs on the ground and cover them with their camouflaged bodies. They also know that a typical clutch is two creamy white eggs, but humans have yet to verify which of the breeding pair (male or female) performs the incubation, whether one or both feed the young, and other important information. It is known, however, that the chicks are fledged and ready to fly after about 17 days.

Conservationists classify the Chuck-will’s-widow as “near threatened,” due in part to habitat loss both in its migratory and its breeding grounds. However, the gaps in scientific knowledge concerning breeding success, habitat use, and population status mean that the Chuck-will’s-widow’s position as one of the continent’s most mysterious woodland birds may be secure for now.