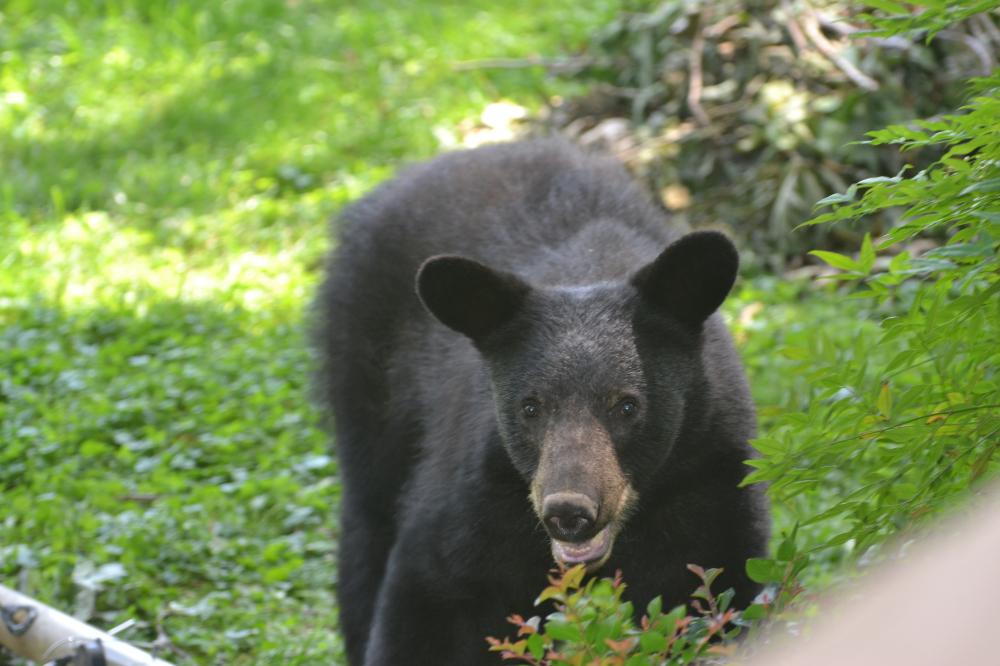 North America is home to three separate families of bears. The polar bear is the most distinctive, based on its habitat and its coloration. The other two families, the brown bear and the black bear, are often the source of confusion. The brown bear, also known as the grizzly, is found mostly in the western states of the United States and the western provinces of Canada. Grizzlies have a variety of coat colors, ranging from almost pale blonde to black. To add to the identification dilemma, the black bear may also have a variety of coat colors: black, brown, cinnamon, blonde, or a combination. Telling a brown bear from a black bear may be a challenge if you live where their territories overlap, but there are a number of distinguishing features for both.

However, Maryland is home only to the black bear (Ursus americanus). The mammal was once widespread throughout the state, but habitat loss and unregulated hunting reduced the population to its current range. The black bear today is found primarily in the woodlands of Allegany, Garrett, Washington, and Frederick counties. Allegany and Garrett counties have the largest populations, and their numbers are growing to the east. In the spring, black bears are often sighted in other parts of the state; for example, one was sighted in Montgomery County in May, 2020.

Spring is an important time for the state’s black bears. They have spent the previous months in a denning behavior often mislabeled as hibernation. Unlike true hibernators, bears will decrease their heart rate and breathing, but can awaken and become active if necessary. During this time, they live off the fat reserves they have built up during the previous seasons. Additionally, females will give birth, generally in January, to one to four cubs that will stay with her for the next 18 months. At birth, the cubs weigh less than one pound and have closed eyes; they will suckle from the female throughout the rest of the winter and by spring are able to join her beyond the den.

Once the adult bears emerge from their denning, they need to replenish their body weight. They are omnivorous and take advantage of much of what the state’s woodlands have to offer. They will feed on ripe berries and other fruit, nuts, acorns, and hickory nuts. Acorns provide the greatest part of the diet for Maryland’s bears. They will also occasionally eat grasses, amphibians, and carrion, and, as opportunistic eaters, will take advantage of food or food waste left out by humans.

The black bear is generally a solitary animal, as males and females have separate ranges for the majority of the year. Once the young bears are about 18 months old, they will strike out on their own in search of new territory, and will  reach sexual maturity at three years old. When summer approaches, males will travel long distances to find females for mating, which takes place in June and July. Fertilized eggs generally do not implant until November, when the female will begin denning.

But before that occurs, both males and females need to prepare for the inactive winter months. Although they are generally nocturnal, during the fall, bears may forage for as much as 20 hours a day, consuming up to 20,000 calories a day and increasing their body mass by up to 35%.

As the days shorten, bears seek out locations suitable for denning. They may find space beneath a large boulder or in a tree cavity, or in more exposed locations such as a simple depression in the landscape. They have also been known to create denning space under a house’s elevated deck, or inside unoccupied buildings.

Today, according to the state’s Department of Natural Resources’ Wildlife and Heritage Service, the bear population is growing from its historical lows. Learn more about the state’s black bears during the Woodland Wildlife Wednesday webinar presented on March 27, 2021. Find the video on our YouTube channel.