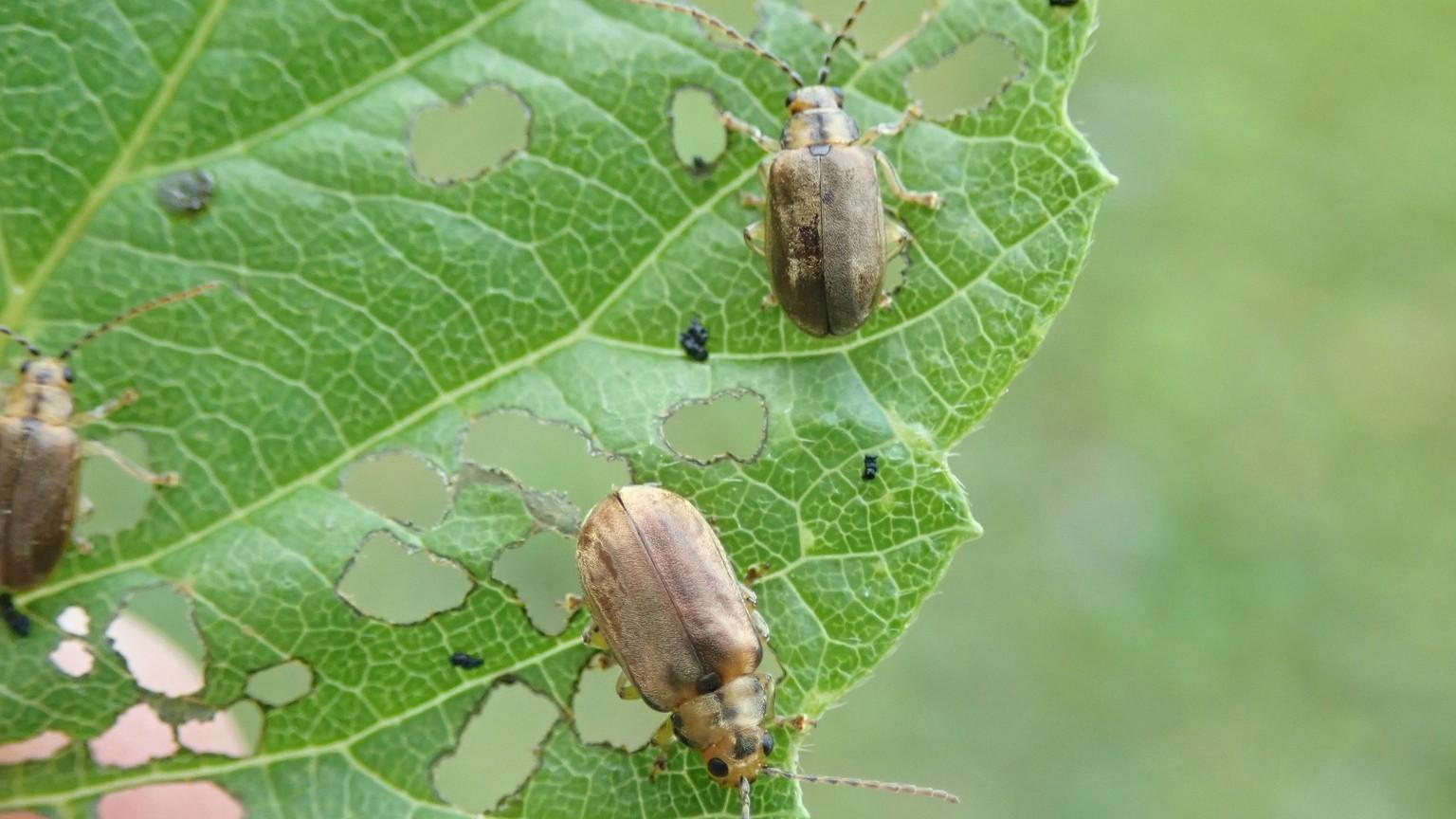 Viburnum leaf beetle (Pyrrhalta viburni) is a recent unintentionally introduced pest of viburnum in North America. It was first found in upstate New York in 1996. This pest has been on the move ever since munching its way through native and landscape viburnums from upstate New York to northern Pennsylvania. It was recently discovered in a landscape in western Maryland. Be on the lookout for this serious pest of native and landscape viburnums. 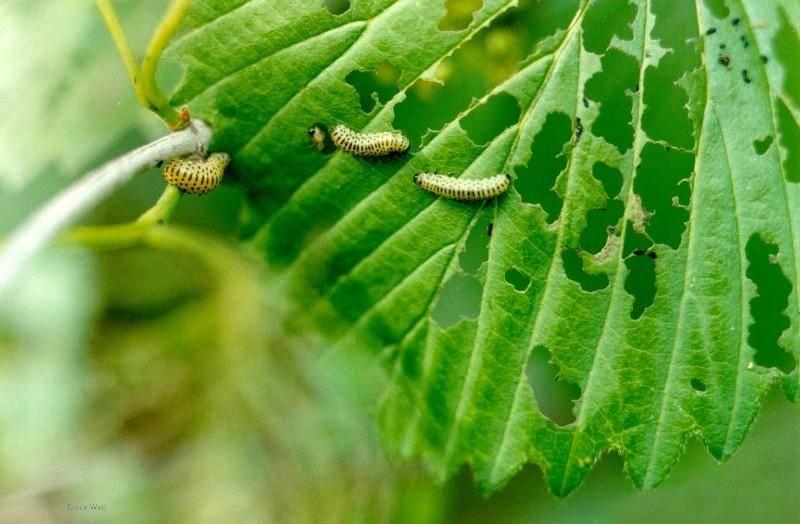 Both feed on the foliage and can severely damage and eventually kill some species of viburnum. Larvae hatch in early May initially feeding together and skeletonizing the underside of leaves. As they grow, they consume the foliage. High populations may completely defoliate the shrub. Mature larvae are 10-11 mm long and yellowish-brown with black spots. They pupate in the soil in early to mid-June. Adult beetles are brown and about 4.5-6.5 mm long. They emerge in July and are present through September. Adult feeding appears as oblong holes in the leaves. Females lay eggs in cavities on twigs in late summer and fall. This beetle is spreading its range and is currently found in Maryland, New York, Maine, northern Pennsylvania, Vermont, parts of Ohio, Canadian Maritime provinces, Ontario, and British Columbia. 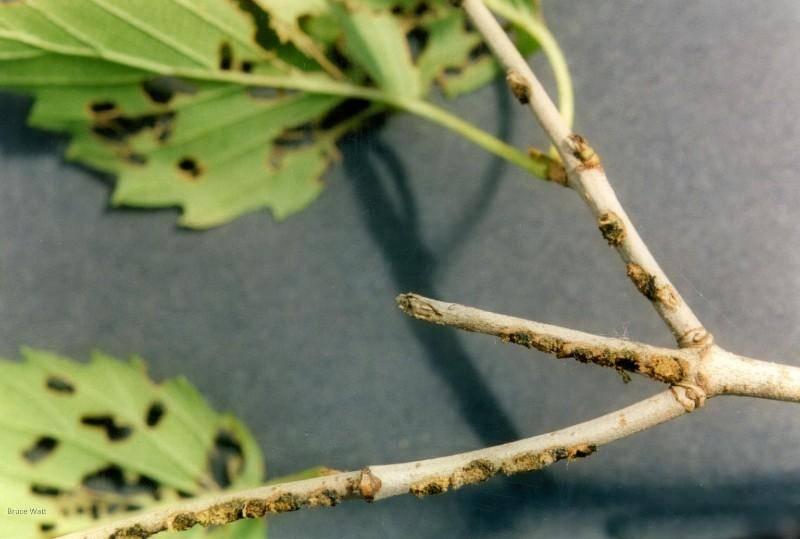 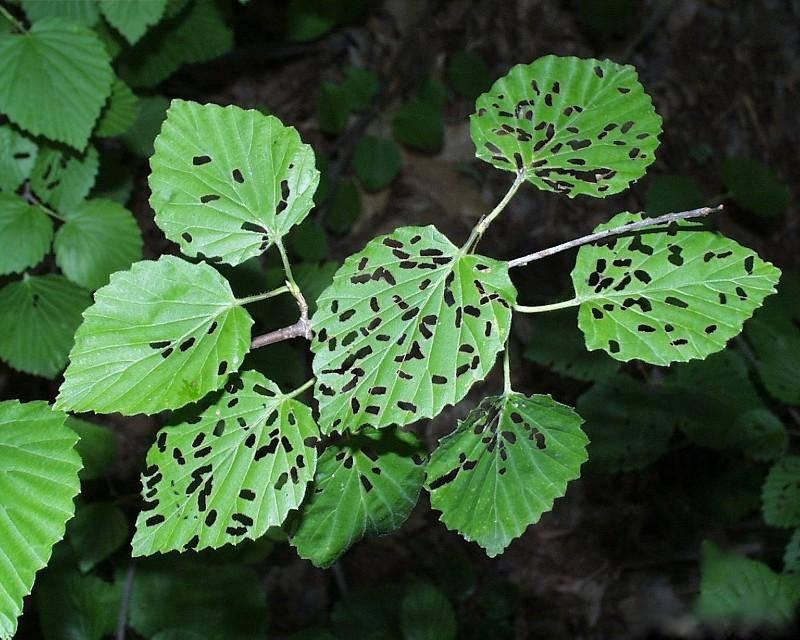