Spider Mites on Trees and Shrubs 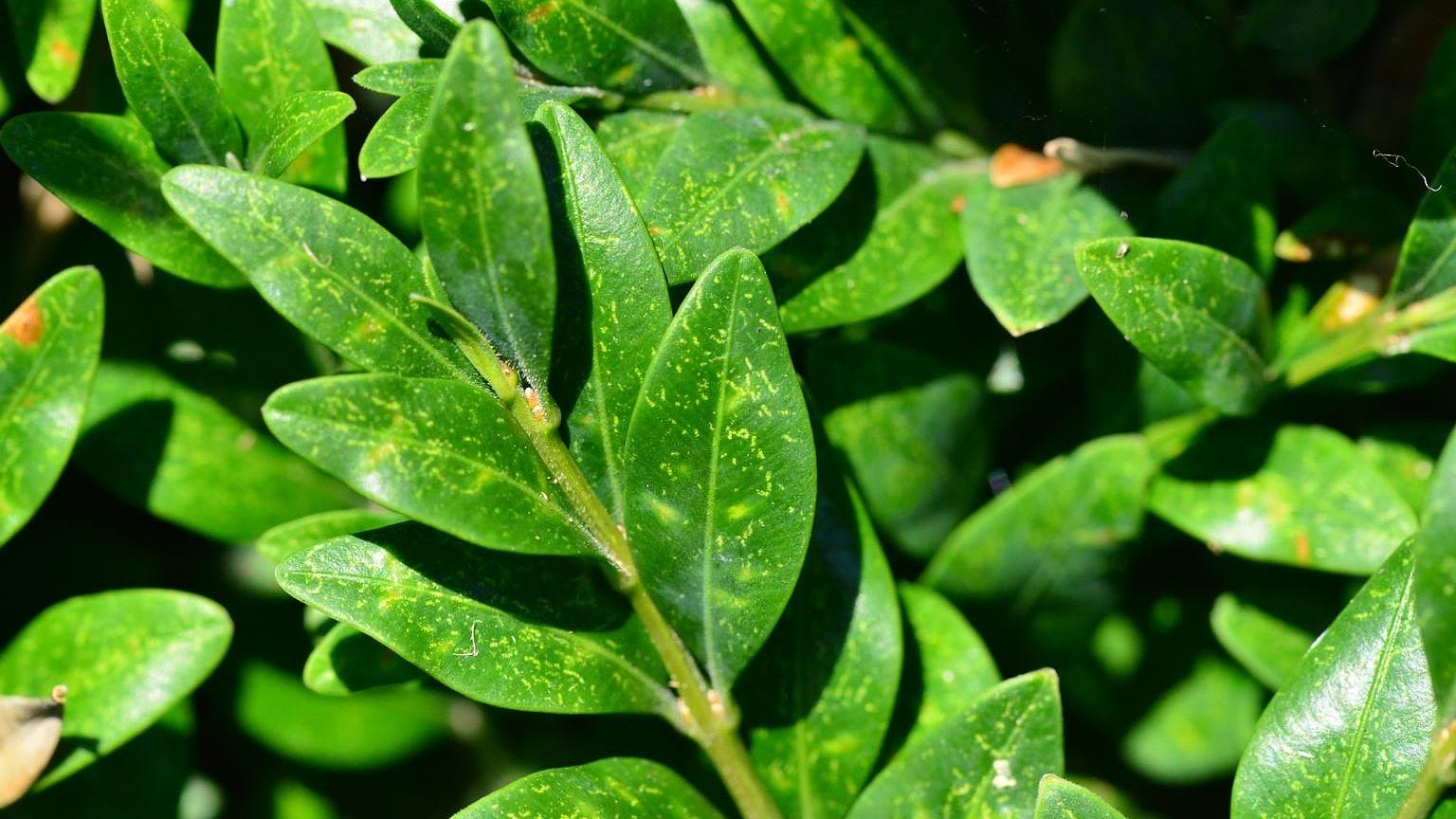 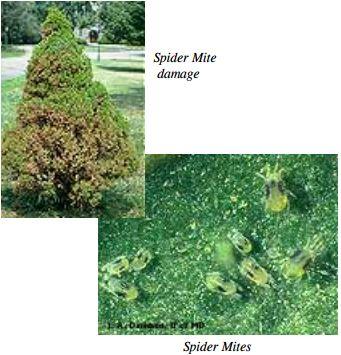 During the growing season, landscape plants should be monitored every 1-2 weeks for evidence of spider mite damage. Because indoor temperatures are relatively high and constant, plants should be checked on a weekly basis. Examine both sides of leaves; use a magnifying lens if necessary. Signs of active mite infestations include various instars of mites, eggs, webbing, and stippling. If damage is visible, but no live mites are found check leaves or branches higher up on the plant. Mites generally work their way up a plant and often the best place is directly above where the damage is most noticeable. A simple technique for sampling, (especially conifers) is to tap a few terminals or leaves over a piece of white paper. Wait a few seconds and watch for movement. The mites may take a short time before they begin crawling on the paper.

Plants and small trees can be hosed down periodically with a strong spray of water. (The force of the water will depend on the plant.) Be sure to get good coverage of the lower surface of the leaves. On conifers, thoroughly wash down the entire plant.

Chemicals should always be considered as a last resort. Use them only if non-toxic methods have failed. Overspraying with insecticides can increase spider mite problems because beneficial insects are negatively impacted.

The following pesticides are preferred if they are labeled for the plants you want to spray: Safer Insecticidal Soap, Horticultural Oil (e.g. Sun Spray, Volck Oil, etc.). These materials are the safest to use and have the least impact on beneficial insects and mites. The only drawback is that they are short-lived and retreatment may be necessary. Acceptable control will depend on thorough coverage of infested plants, including upper and lower surfaces of leaves. Horticultural oils may also be used at a rate of 3-4%, during the dormant season to control overwintering forms of spider mites on bark. Do not use horticulture oil on blue spruce.