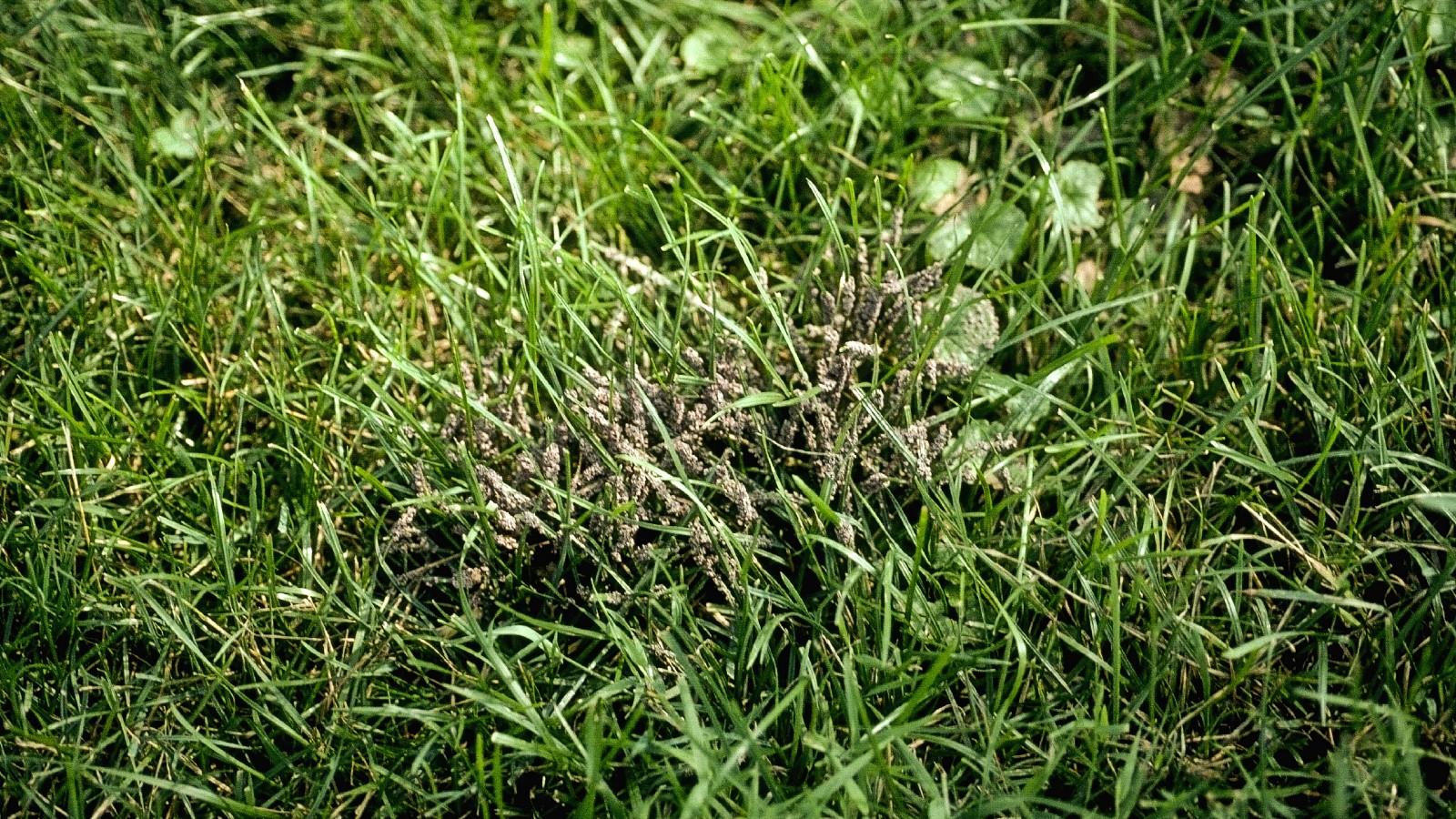 Slime molds don't cause diseases on turfgrasses but occasionally cause concern when they suddenly appear as white, gray, or purplish spore masses on the blades. They are not parasitic on grass but feed on other microorganisms, such as other fungi and bacteria in the soil and thatch.

Since these fungi use the leaves and stems of grasses only for support of their reproductive spore masses they may occur on any turfgrass species.

The most obvious symptoms are the various colored spore masses, white, gray, brown, purple, or black, that suddenly appear on the grass blades. Slight turf blade yellowing can occur because the slime mold blocks photosynthesis. However, the grass will recover.
The spore masses, when young are sticky to the touch, but when dry, can be easily rubbed or wiped off.

Slime molds can thrive and reproduce any time of the year during periods of warm, wet weather.

Control measures are unnecessary since these fungi don't damage turf. Fungicides are not effective.
Spore masses can be removed from turf blades by a strong stream of water, mowing, or raking.
Frequent mowing often is the best treatment.