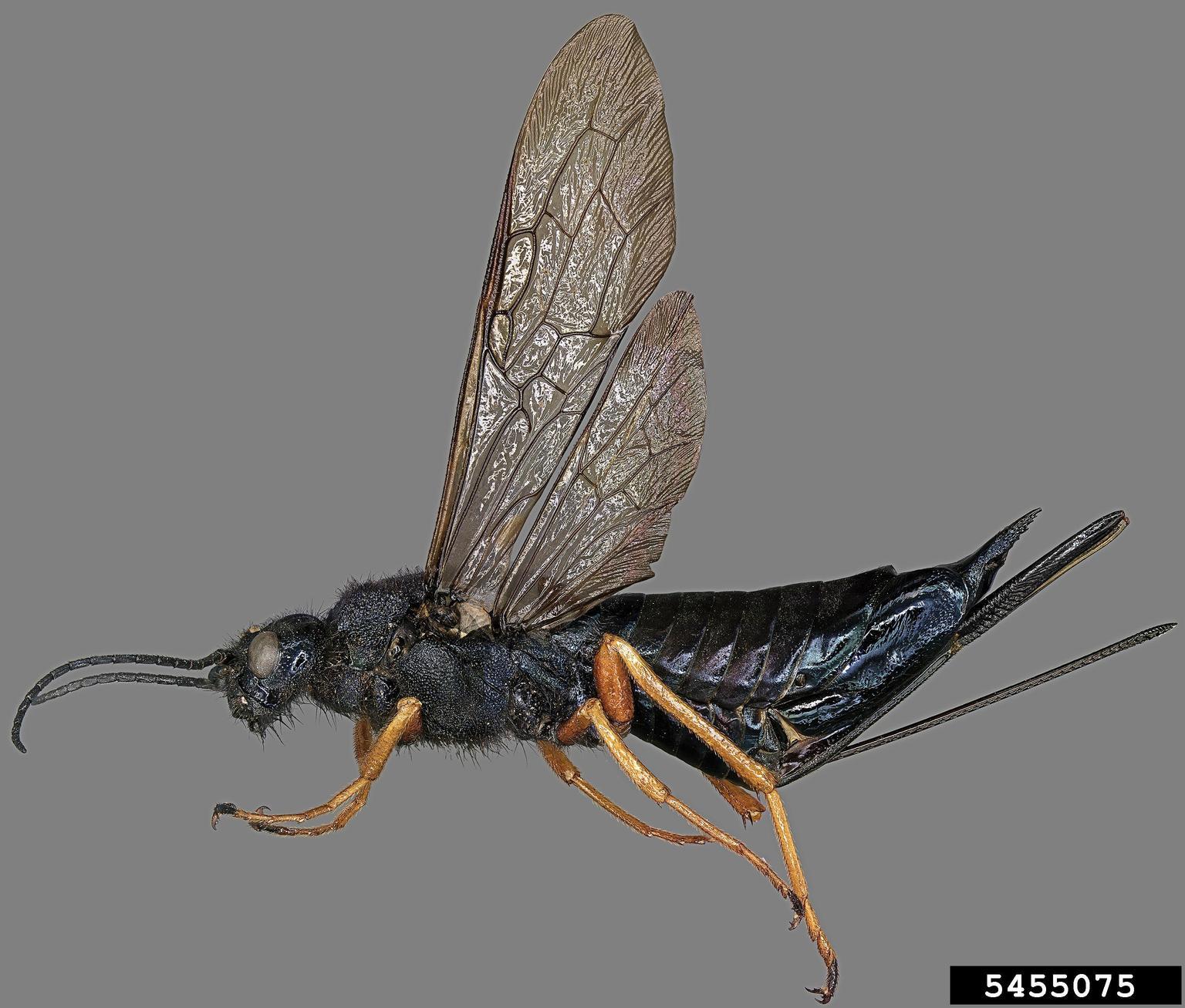 The Sirex woodwasp (SWW) is an exotic, invasive pest considered one of the top 10 most serious forest insect pests worldwide. SWW primarily attacks pine species. It has no natural controls outside of its native range and causes extensive losses in areas where it is accidentally introduced. It is commonly detected in wood shipping materials.

The 2004 capture of a female in a field in Oswego County, NY was the first indication that an established population existed in North America. With a history of large scale damage and numerous pine species attacked worldwide, SWW could wreak havoc on the U.S. timber industry if it is not controlled.

The Maryland Department of Agriculture is monitoring for this pest in Maryland.