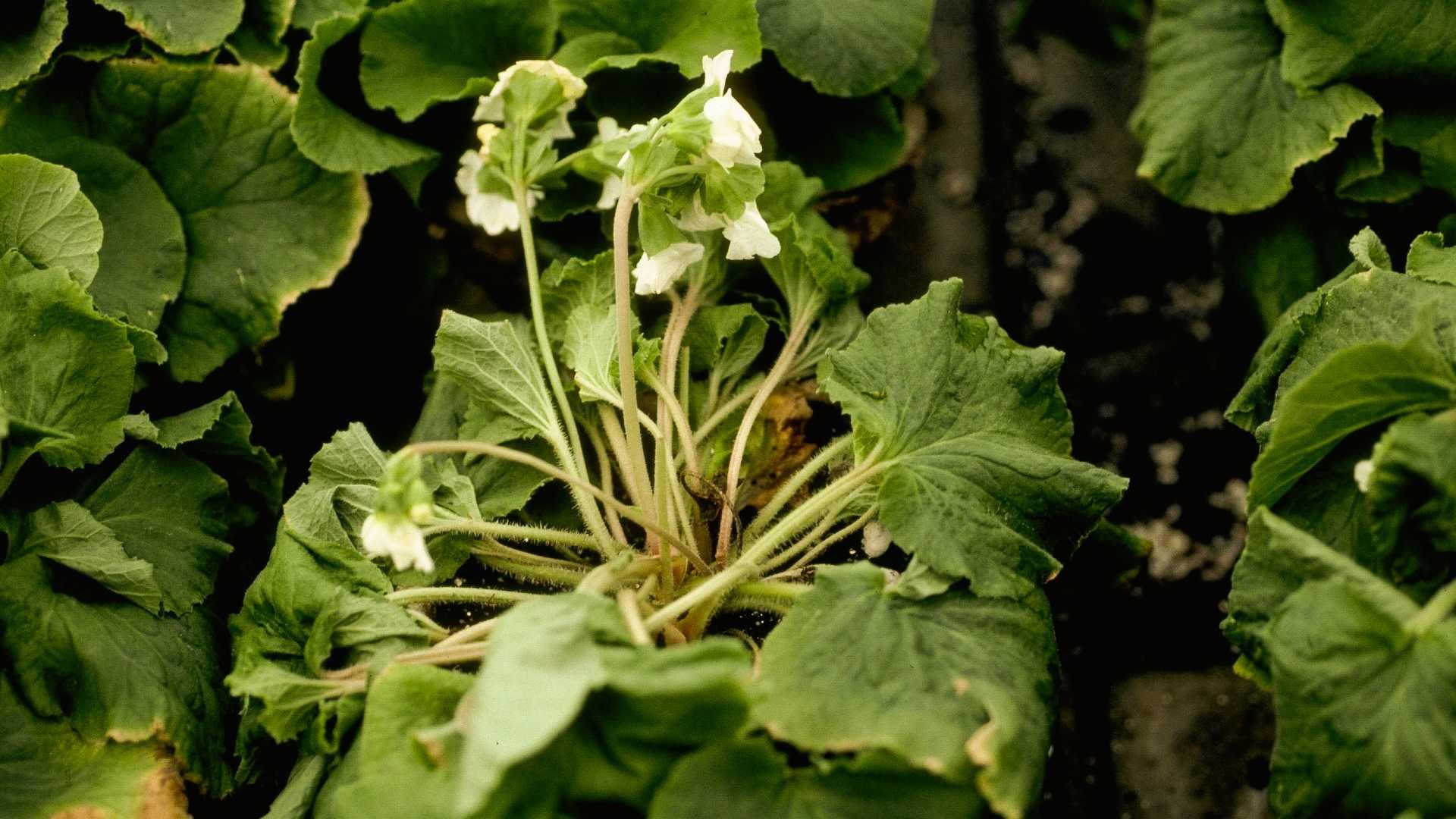 Symptoms of root rots/crown rots include yellowing, browning, and dieback of the leaves and browning or blackening of the crown and or roots and poor growth. Both may also cause wilting. The most common causes of root rots caused by fungal pathogens are:

Causes stunting, yellowing and wilting of plants even when potting media moisture is adequate. Roots are brown to black and soft or mushy. The outer portion of the root can be easily pulled away from the core which leaves a fine hair-like thread. Often when a plant is pulled up from the potting media most of the root system is left behind in the pot.

Causes root tips to turn dark brown and rapidly turn soft and mushy. Often plants will wilt even when adequate moisture is present in the potting media. This pathogen can also cause the lower portions of stems to turn black, brown or mushy which can lead to lower leaf yellowing and drop.

Occurs when temperatures are warm and conditions are moist. The fungus grows as coarse reddish brown threads, often resembling spider webs, over the surface of infected stems and roots. The infected roots and lower portions of stems will turn brown and collapse. Under ideal conditions for infection, Rhizoctonia will infect plant foliage and cause them to become brown and matted together.