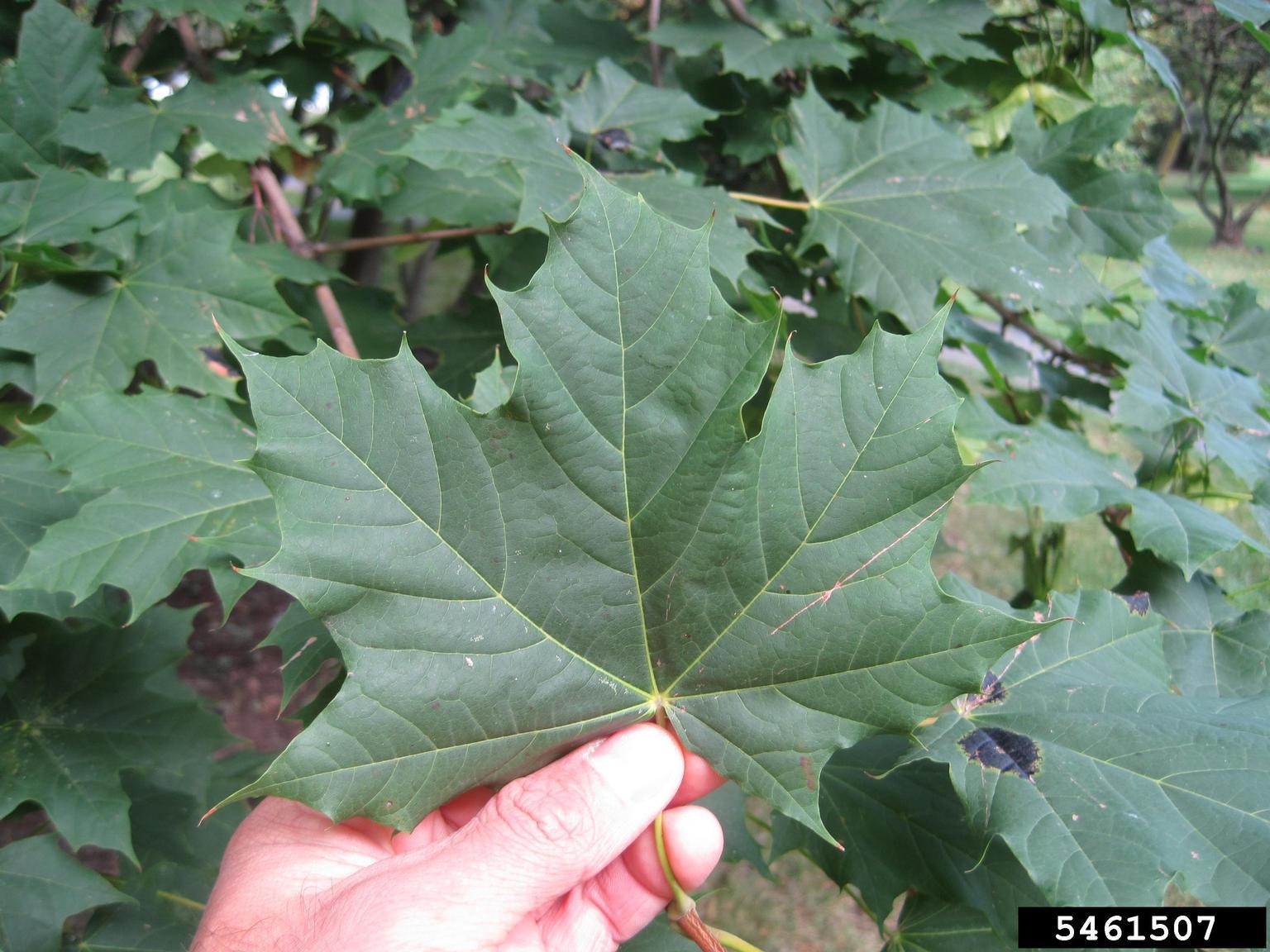 Norway maple (Acer platanoides) is a broadleaf deciduous tree that grows up to 50+ feet in height and produces copious amounts of seeds and dense shade. Native to Eurasia, it was introduced to the United States in the 1750’s. It was used as a street tree due to its fast-growing nature and tolerance of poor soils and air pollution. In some communities, it was planted heavily when American elms were lost to Dutch Elm Disease. The dense shade of these trees reduces light availability for forest understory plants. The dense root system alters nutrient availability and impedes the growth of other species, resulting in lower plant diversity.

Norway maples produce dark green, deciduous leaves with 5-7 sharply pointed lobes. The leaves are opposite of each other along the stem. Greenish-yellow flowers in clusters are produced in April-May. Young bark is smooth. Mature bark is gray-brown with shallow, interlacing ridges and furrows. Fall color is yellow.

Norway maples can be distinguished from other maples by a white milky sap that exudes when a leaf petiole (stem) is detached from the tree.

Large quantities of paired winged seeds (samaras) are produced. The “wings” of the samara spread widely to nearly 180 degrees. Seeds mature in September-October and often remain on the tree into winter. Spreads to new areas by seeds and vegetative reproduction.