Invasives in Your Woodland: Plumeless Thistle 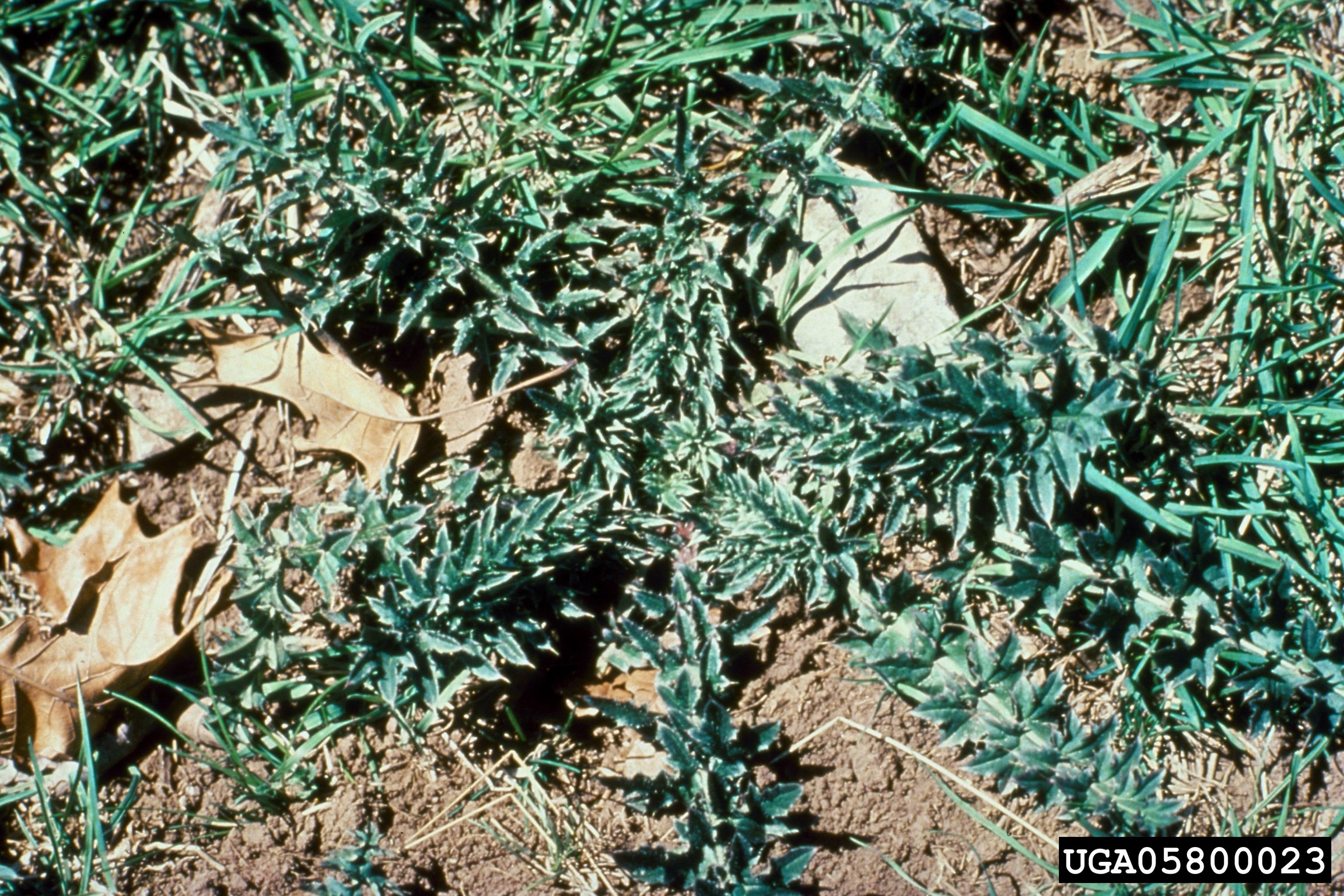 The third in our series of invasive thistles in Maryland is “Plumeless Thistle,” which sometimes is called “Spiny Plumeless Thistle.” Like the other thistles in this series, it is native to Europe and Asia, with a range stretching from the Nordic countries in the north to Egypt in the south, and from Ireland in the west all the way to China. It was first observed in the United States in 1878 in New Jersey, so it is possible that it had been growing for a number of years before it was identified. Today, it is found in the Northeast and Midwest (it is particularly widespread in Minnesota), and in many western states. As with other thistles, its distribution in Maryland is not consistently reported, but unlike the others we’ve highlighted, the University of Georgia-based EDDMapS.org reports a greater presence for plumeless thistle than the Maryland Biodiversity Project. The former documents the species in 12 Maryland counties; the latter, just five. See the map below.

Plumeless thistle (Carduus acanthoides) can be confused with and found with other thistles, as several species tend to colonize similar areas. The plumeless thistle can be found in former agricultural land, roadway rights-of-way, pastures, and edge habitats at the margins of woodlands. It prefers open locations with full sun.

This invasive spreads primarily via seed production and by the wind. The number of seedheads per plant will vary by location. A single stalk will usually have a single flower, but sometimes will have two or more under the best growing conditions. Each flowering plant can distribute up to 10,000 seeds per season that will be distributed by the wind. Additionally, seeds may be viable in the soil for over ten years.

Musk thistle is an invasive biennial plant that grows to maturity over the course of two years. In the first year, it grows as a basal rosette, with leaves spreading up to two feet in diameter. In the second year, a vertical spike grows from the center of the rosette, branching into one or more heavily-spined stalks that can reach 6 feet in height by mid-summer. Leaves are long and narrow with deeply-incised sinuses that reach close to the midrib. Each lobe has spikes on the end, but the top of the leaf is smooth and waxy. Flowers begin to emerge in June and will continue into August or September. The plant and the flowers resemble those of musk thistle, but those of the plumeless thistle are smaller and are a darker shade of purple. Plants that produce more than one stem will have flowers that go to seed at different times during the growing season, such as in the photo above. The flowers last about a month with seed production and dissemination following. Individual plants die at the end of the second year.

See the image gallery below.

The key to controlling plumeless thistle is the same as most other thistles: keep the plant from going to seed. If the rosette stage is prevented from producing a stalk during the second year, the individual plant will die. Vigilance and repeated mowing during the growing season can prevent the stalk from emerging. Young rosettes can also be removed by hand; be sure to remove the entire taproot whenever possible. Chemical applications of herbicides in the fall of the rosette stage has also been effective. It is important to remember that plumeless thistle seeds can be viable in the soil for up to ten years, so surveying an area that previously had these plants as well as adjacent areas is recommended to prevent further spread.