Invasives in Your Woodland: Johnsongrass 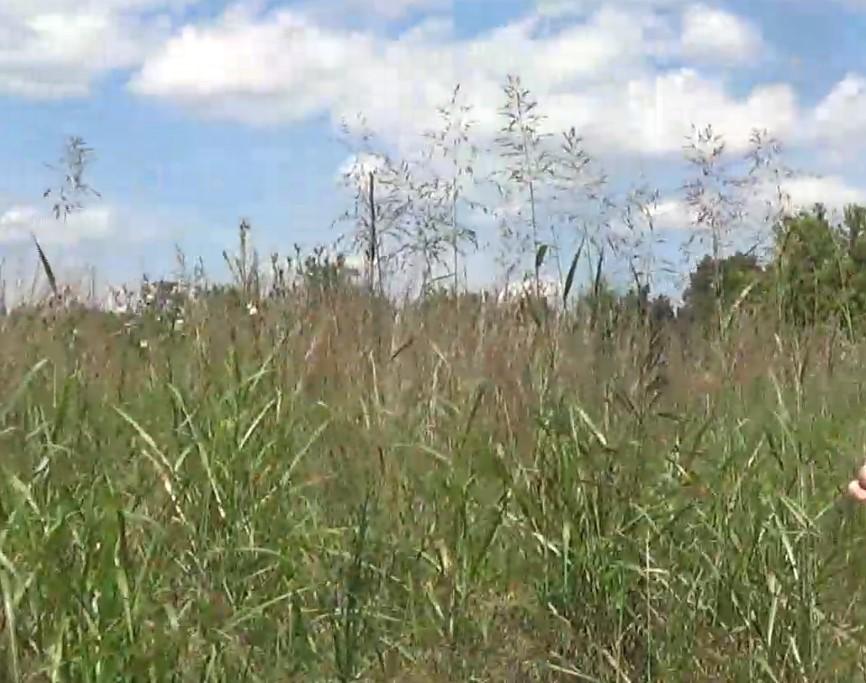 Afforestation is the process of planting trees in formerly open space. Property owners or managers may choose afforestation for a variety of areas, such as expanses of lawn or former agricultural lands that they want to turn into woodland. Because trees take time to mature, it is important to ensure that the seedlings have sufficient light and nutrients to grow. This often involves controlling growth of other species within the planting area, including invasive species such as the distinctive Johnsongrass. And once established in an area, Johnsongrass can out-compete many other species for nutrients and over-top them to rob them of sunlight.

Johnsongrass (Sorghum halepense) is one of the few invasive plant species in North America that is native to the Mediterranean region of Asia and northern Africa. It was named after Col. William Johnson, who sowed its seeds in his Alabama plantation in the mid-19th century. By that time, it was already established in several states, where it was both accidently introduced as seedlot contamination or deliberately planted as an experimental forage. Since that time, the species has spread throughout much of the United States; only Maine, Minnesota, and Alaska report no sightings of it. In the mid-Atlantic area, it is found throughout Delaware and all but four counties in West Virginia; in southeastern Pennsylvania and other areas; in most of Virginia; and throughout Maryland with the exception of Garrett, Allegany, Carroll, and Charles County, and areas of the eastern shore of the Chesapeake Bay. It is characterized as a noxious weed in Maryland. See the distribution map above.

Johnsongrass is a colonial plant that is found in disturbed areas, such as new plantings and roadsides, as well as abandoned agricultural areas, and it prefers open ground with rich, moist soil. The grass spreads primarily by fast-growing rhizomes. A single plant can produce over 200 feet of rhizomes in a single season. It forms dense mats in which the thickets are connected to each other. It can also spread via seeds that are transported by water, birds, or other animals. The seeds can remain viable in the soil for several years.

As a young plant, Johnsongrass resembles other plants, including young corn. But corn quickly grows wider leaves and becomes easier to distinguish from Johnsongrass. The invasive plant has pale yellow-green leaves that can grow from 6 to 20 inches long and are up to 1.5 inches wide, with a distinctive white vein running down the middle. As the plant matures, it can easily overtop surrounding grasses, growing up to 7 feet tall. One of its most distintctive features is the erect flowering head, which appears in summer and fall. A single shoot grows up from the cluster of leaves and displays flowers clustered on short branches, resembling the profile of a cartoon Christmas tree. The seed head’s brownish color also helps identify the plant.

See the photo gallery below.

Control of Johnsongrass, once established in an area, is a long-term process. Because of the connected nature of its colonial mats, and because of the extended viability of its seeds in the soil, repeated control efforts will likely be necessary.

Mowing can control Johnsongrass, but it will require repeated mowing over several years, depending on how old the thicket is and how much root reserves exist. Cattle also will graze on Johnsongrass, but this is generally effective only on larger properties.

Herbicides such as glyphosate have been found to be effective against Johnsongrass, but the same caveat applies: repeated treatment may be necessary to control or remove it from the area.

Johnsongrass in an edge environment. Photo by Karan A. Rawlins, University of Georgia, Bugwood.org