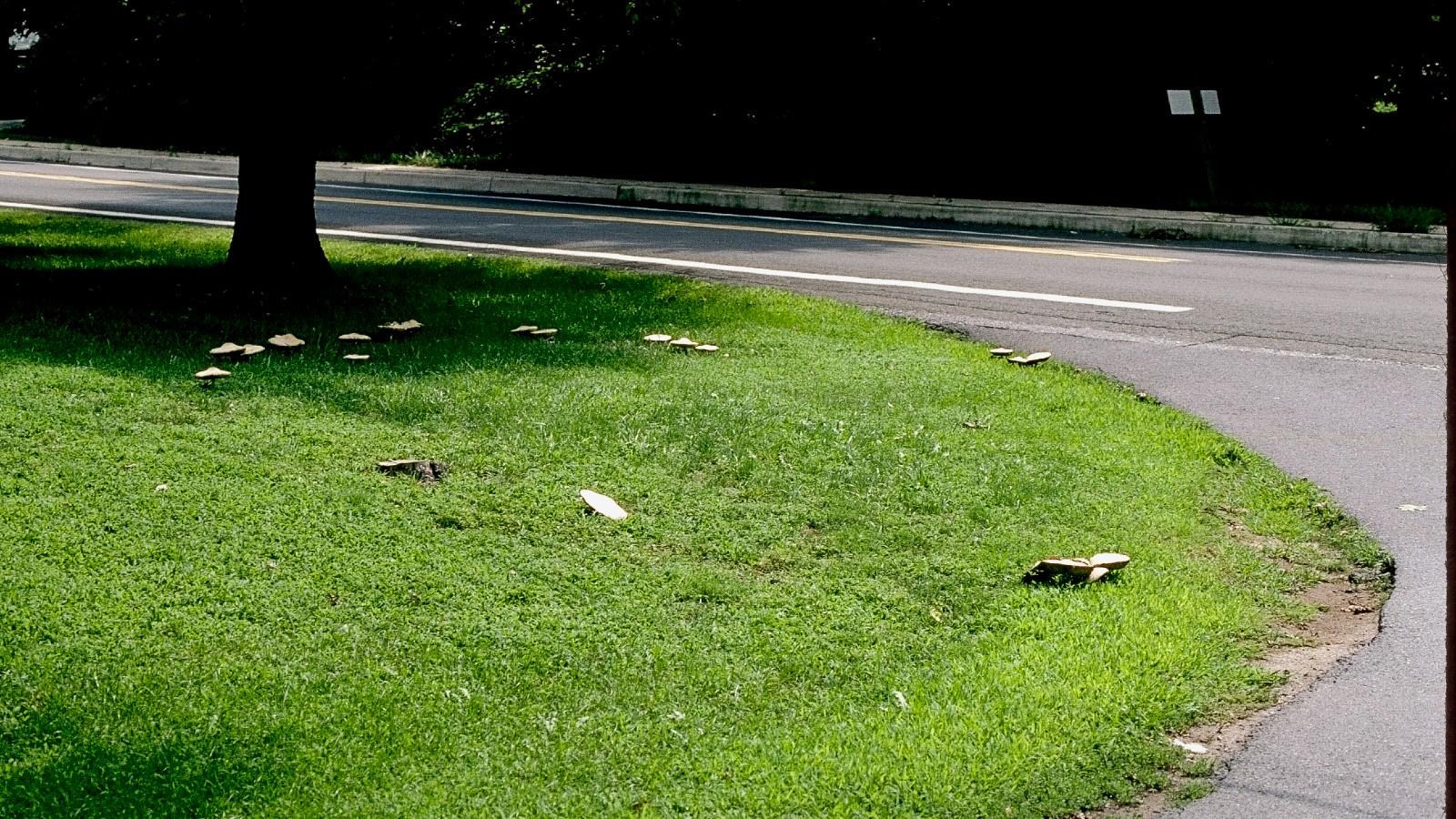 Fairy ring of mushrooms in lawn

Fairy rings are caused by many species of mushroom-forming fungi that cause rings or arcs of dead grass or rings of stimulated grass. These rings are variable in size and are sometimes followed by rings of mushrooms during rainy seasons.

Fairy ring symptoms can be visible throughout the year.

Turf grown under droughty or low fertility conditions appears to be the most susceptible.