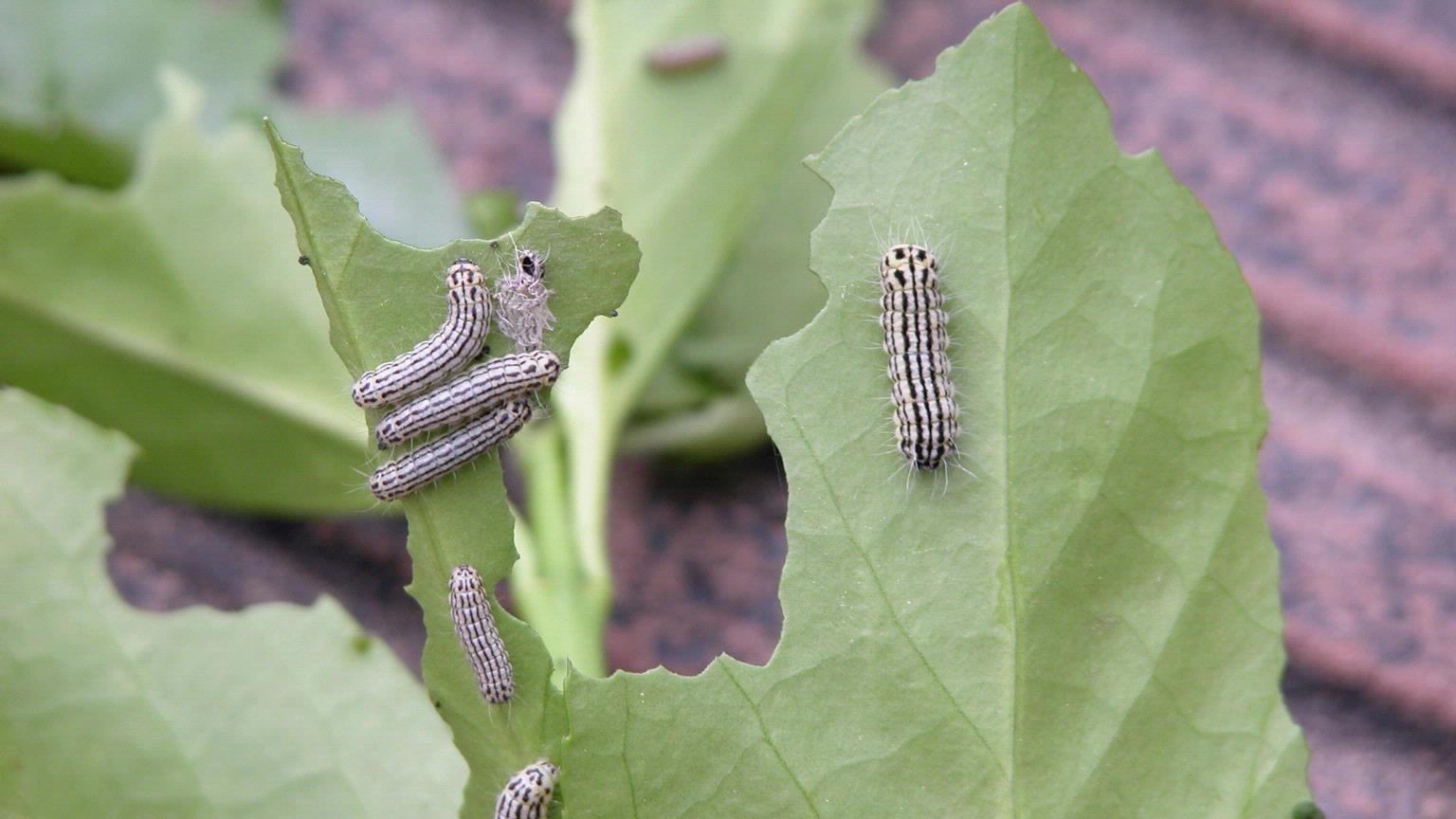 Euonymus is a genus of landscapes plants widely used as shrubs and ground covers. Back in 2002 a new pest was discovered in Fairfax, VA when a homeowner noticed a voracious caterpillar munching on her ornamental euonymus. The caterpillars were sent to Eric Day at the Insect Identification Laboratory in Blacksburg, VA. Eric reared the larvae and sent the unknown moths to specialist John Brown at the Systematic Entomology Laboratory, USDA. Dr. Brown identified the moth as one not known to occur in the US – an exotic, invader. The scientific name of this alien is Pryeria sinica. Prior to its discovery in Fairfax, this pest was only known from eastern Russia and China through Korea, Japan, and Taiwan. In 2003 more moths were collected in Northern Virginia and on May 28, 2003 Gaye Williams at the Maryland Department of Agriculture identified specimens of Pryeria sinica from Anne Arundel County, Maryland. Somewhere along the way the new pest was dubbed the euonymus leaf notcher due to the distinctive pattern of feeding caused by the caterpillar.

As large caterpillars eat, sections of leaf along the margin disappear down their gullets, hence the name leaf notcher. 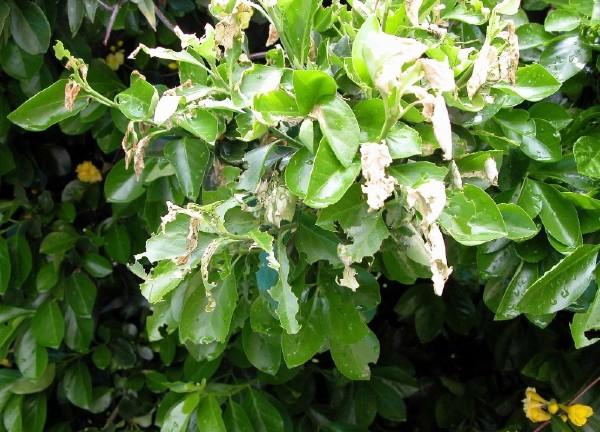 The leaf notcher passes the winter as taupe colored eggs deposited in clusters or 150 or more on pencil-sized twigs near terminals of branches. Eggs hatch in mid-March and early April and tiny caterpillars first feed in tight silken webs spun around unfolded leaves at terminals.

As larvae grow, they move to expanded leaves to feed and are often found in large groups. Their presence is easily recognized by marginal notches and coarsely shredded leaves. When abundant, these caterpillars can entirely strip shrubs. After completing development, larvae wander from the plant seeking protected locations to pupate. Large numbers of wandering caterpillars may alarm homeowners, but citizens should remain calm as caterpillars are not known to eat humans or pets. Caterpillars spin cocoons amid fallen leaves and adult moths appear in the autumn to fly, mate, and lay eggs on the terminals of euonymus branches. Unlike many moths, these are are day fliers. They have unique patterns and colors on their body and wings that make them closely resemble wasps. The fact that they mimic wasps may help them avoid being eaten by day feeding predators such as birds.

In North America the leaf notcher has been reported on Euonymus japonicus and E. kiautschovicus 'Manhattan'. In its native range in Asia, the pest has been reported feeding on E. sieboldianus E. japonicus, and E. alatus. Moreover, other members of the Celastraceae such as Celastrus orbiculatus (Oriental bittersweet) are recorded as a host for this pest.

From the time that egg laying ends in December until eggs hatch in spring, eggs can be crushed on the plant or simply removed by pruning off the terminal. If larvae are small or in restricted areas on a plant, then they too may be removed by a gloved hand or pruner. If larvae are widely distributed, abundant, or otherwise difficult to control manually, then several insecticides should perform well. Some of the most "environmentally friendly" insecticides for killing caterpillars contain Bacillus thuringiensis var. kurstaki. These insecticides kill by destroying cells in the gut of the caterpillar – a slow and painful death to be sure.

Euonymus leaf notcher, where are you now? No one knows for sure, but in Maryland the leaf notcher has greatly expanded its range from a small area in Anne Arundel County near Severna Park, Glen Burnie, and Millersville in 2003 to the borders of Baltimore and Howard Counties, south to Annapolis and east to the city of Bowie in Prince George's County.

For more information, read about Euonymus leaf notcher on Bug of the Week, by Dr. Michael J. Raupp.