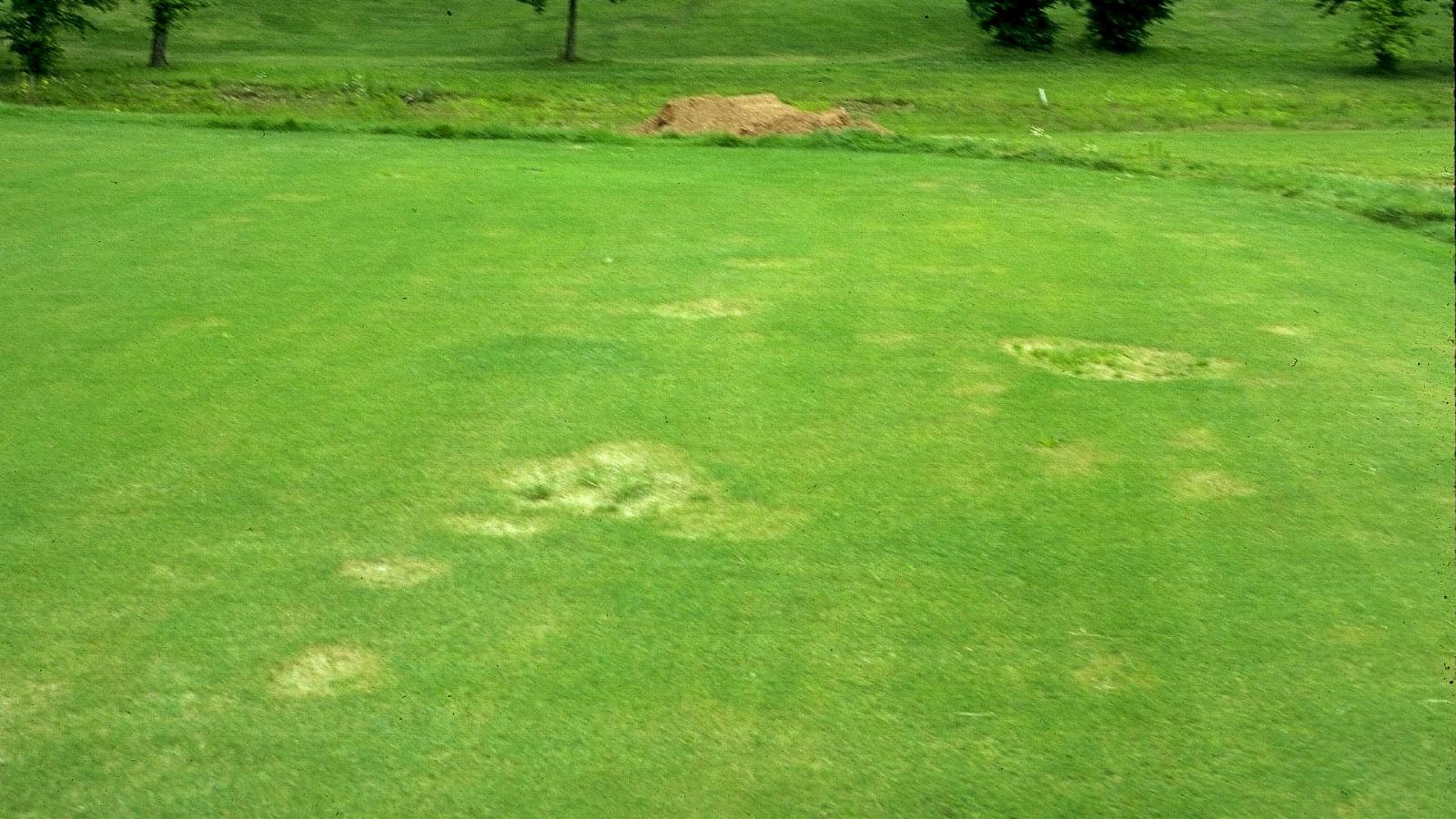 Chinch bugs are small insects (about 1/8 inch when mature) with piercing-sucking mouthparts that feed on the sap of grass plants. They are found in the thatch area of turfgrass and feed on the lower leaf sheath and crown area of the plants. There are 3 species of chinch bugs (that feed on turf) in the U.S.: the hairy chinch bug, common chinch bug, and the southern chinch bug. The hairy chinch bug is the most common species found in Maryland. The adults are 1/8 inch long and black with white wings. The wings are held flat over the body and there is a small black spot in the center area of the wings. Adults may be long or short-winged. Young chinch bugs vary in appearance from adults. There are five instars or stages. The first two are red with a white band across their abdomen, the third and fourth are orange with wing pads beginning to form and the fifth instar is black with more developed wing pads.

Damage from chinch bugs appears as patches of gradually yellowing or dead grass, especially near radiant heat sources such as sidewalks and roads. Chinch bugs feed by inserting their mouthparts into the stems, sucking the sap, and injecting chemicals into the plant, which clog the vascular system. The grass does not recover once it has turned brown. Chinch bugs prefer to feed on the following grasses in order of preference: bentgrasses, fine fescues, Kentucky bluegrass, perennial ryegrass, and zoysiagrass. They avoid feeding on endophyte-infected grasses. Reseeding is usually necessary for damaged areas.