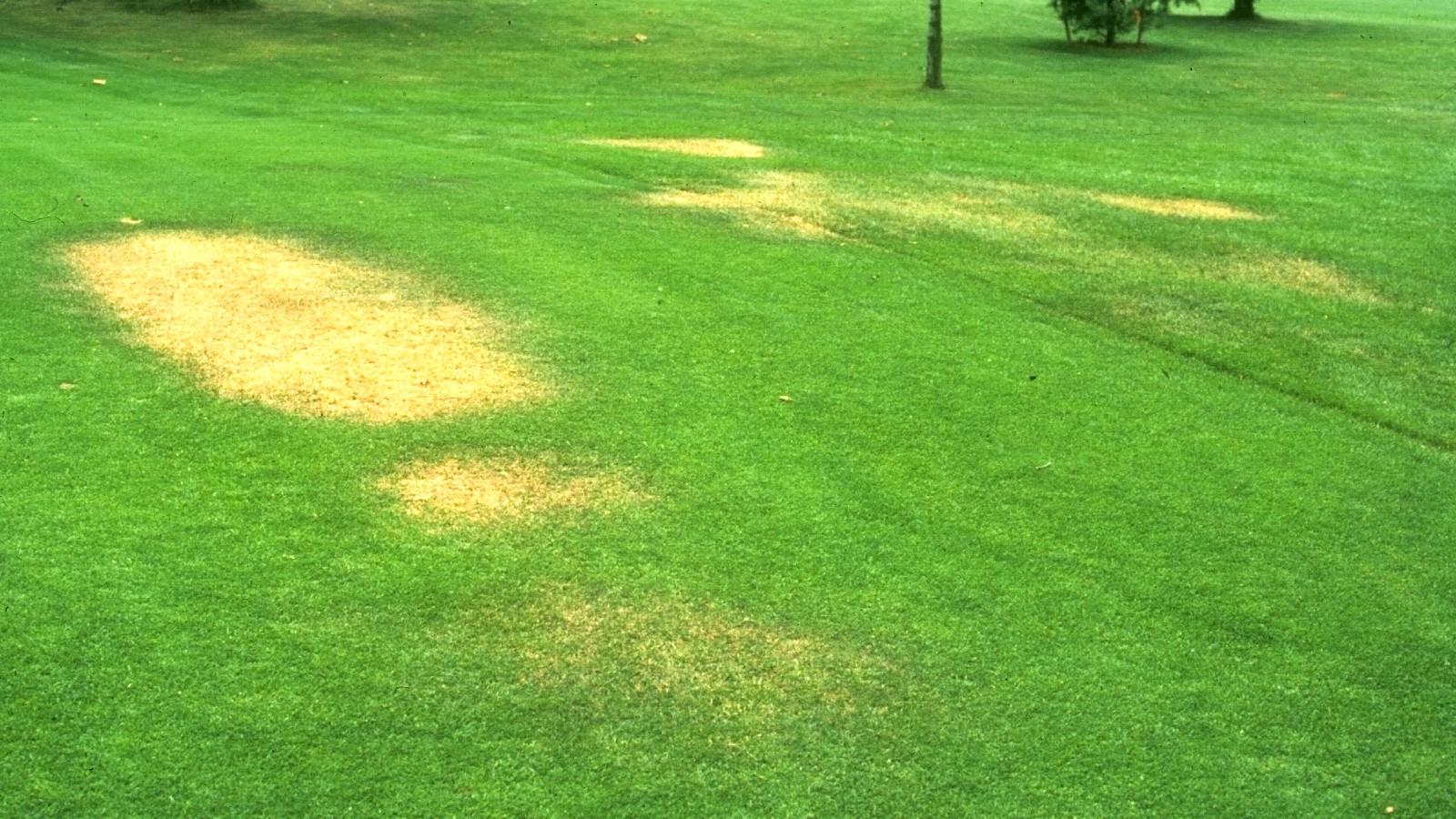 Patches of dead or dormant grass that cannot be attributed to insect or disease damage may be due to buried rocks or debris. Buried debris is more of a problem in lawns associated with recent construction. Man-made debris or naturally occurring rocks that were covered over when the site was graded may cause the problem. Often the new lawn grows normally and appears healthy until a stress factor, such as drought, occurs. The lawn root system is less extensive over the buried debris and dries out faster than the surrounding turf. The resulting brown or dead patches may follow the shape of the buried object and appear more regular in outline than damage caused by disease or insects.

If buried debris is suspected, the only recourse is to dig up the underlying area, in search of debris. Prior to digging, rule out other causes, such as disease, insect injury or excess thatch, by reading articles on those topics and comparing the preceding environmental conditions and progression of symptoms in your lawn to those described.