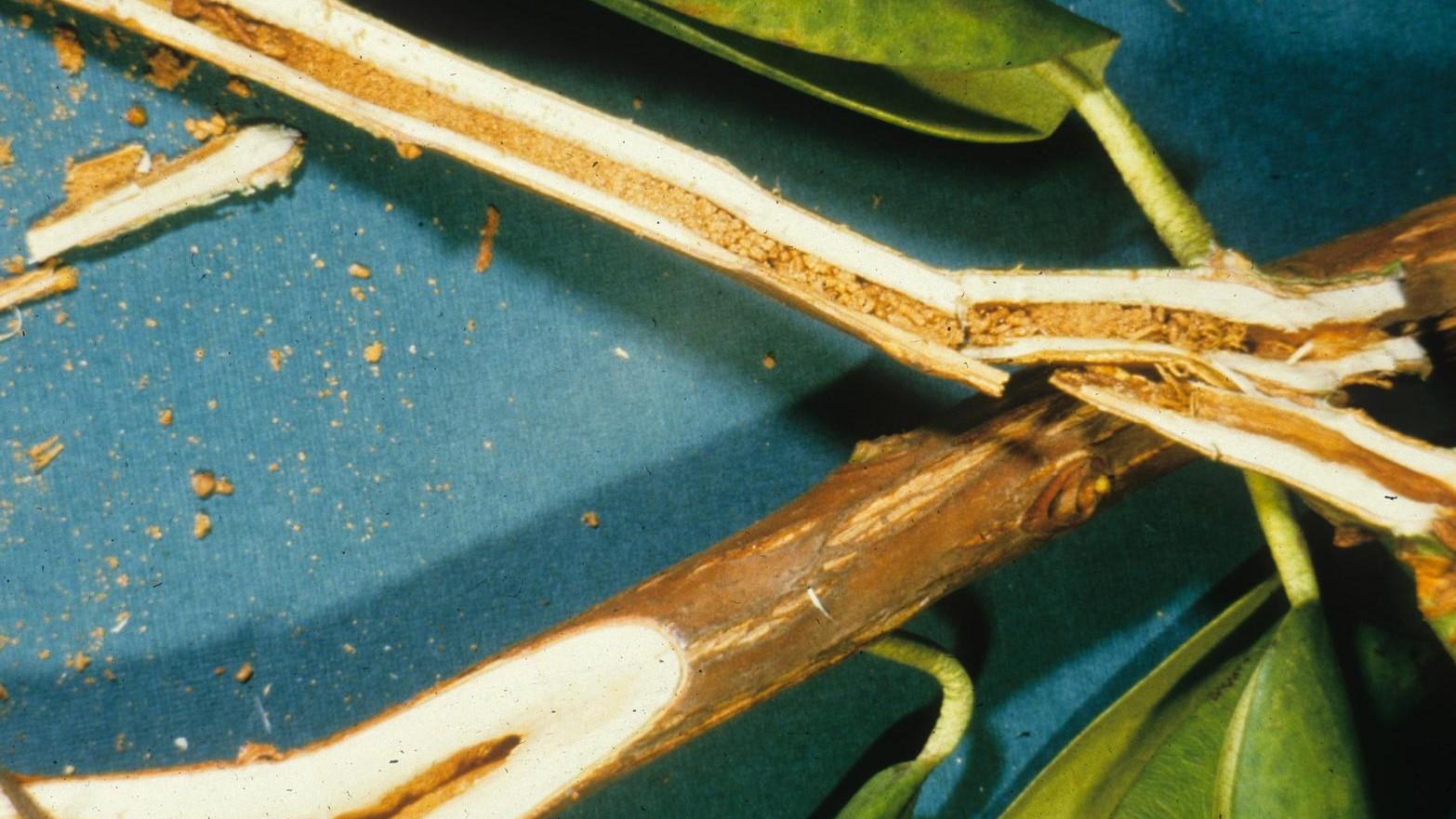 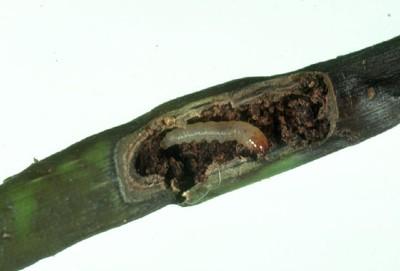 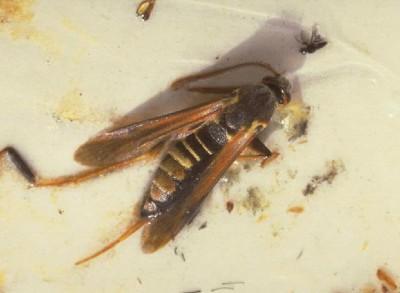 There are no conventional insecticides that will kill borer larvae once they are inside the branches. The best control option for homeowners with only a few plants is to prune out and destroy wilting branches. Beneficial nematodes, available under several trade names, are a control option as long as there is no gummosis (sap coming out of the borer hole). They may be injected into the active borer tunnels or sprayed on the affected area of the plant. See the package for specific instructions. To help prevent borers, keep mulch away from the base of the shrub. Keep shrubs well watered during dry periods. Avoid wounding the shrubs, especially with lawnmowers and string trimmers.