Air pollution damage is more common in urban areas but can also occur in suburban and rural areas downwind of industrial sites. The severity of plant damage caused by air pollution varies with the time of day and with environmental conditions such as heat, wind conditions, sunlight, and soil type. Ozone, PAN and Sulfur dioxide are common air pollutants. 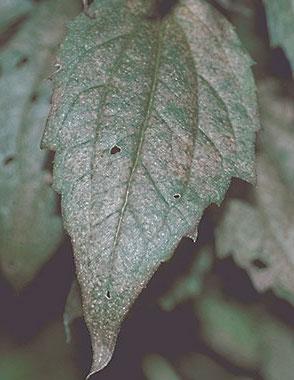 Is the most common air pollutant in the eastern United States. Ozone is absorbed through the leaf pores, which damages cell membranes and the cells collapse as a result. Symptoms vary from stippling or flecking to bleached or dead areas. Upper leaf surfaces may have white to tan, purple or black flecking, which may also be visible on the lower leaf surface of some plants. Damage usually occurs when ozone concentrations are highest: in mid to late summer, during the early afternoon when the air is still. Symptoms are often more severe on leaves exposed to direct sunlight and on plants growing in moist, light soils with good fertility. Older leaves are most sensitive. Plants that are sensitive to ozone include ageratum, aster, begonia, chrysanthemum some (varieties), dahlia, fuchsia, marigold, pansy, and petunia. Plants resistant to ozone damage include China aster, geranium, lobelia and ornamental pepper.

Exposure symptoms include patchy silvering or light tan glazing of lower leaf surfaces. Affected leaves may exhibit spots or patches of papery thin almost transparent tissues. PAN injury on herbaceous plants occurs in smoggy areas and is most prevalent on the west coast of the United States. Begonia, calendula, coleus, gaillardia, pansy, and periwinkle are resistant to PAN damage. Plants resistant to both ozone and PAN damage include California poppy, columbine, coral bells, daffodil, lily, and lily of the Nile (agapanthus). 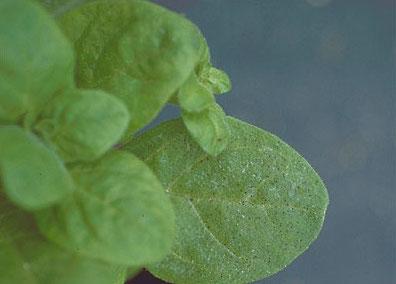 Air pollution damage on a vine 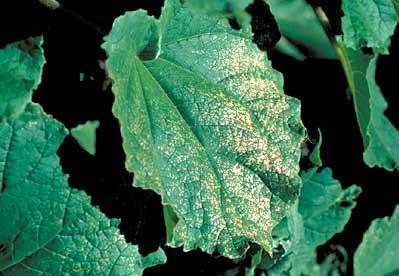 Remove injured areas on severely damaged plants. Plants usually recover when proper water and nutrient levels are provided. If air pollution is a chronic problem in your area, select plants that are resistant to damage.