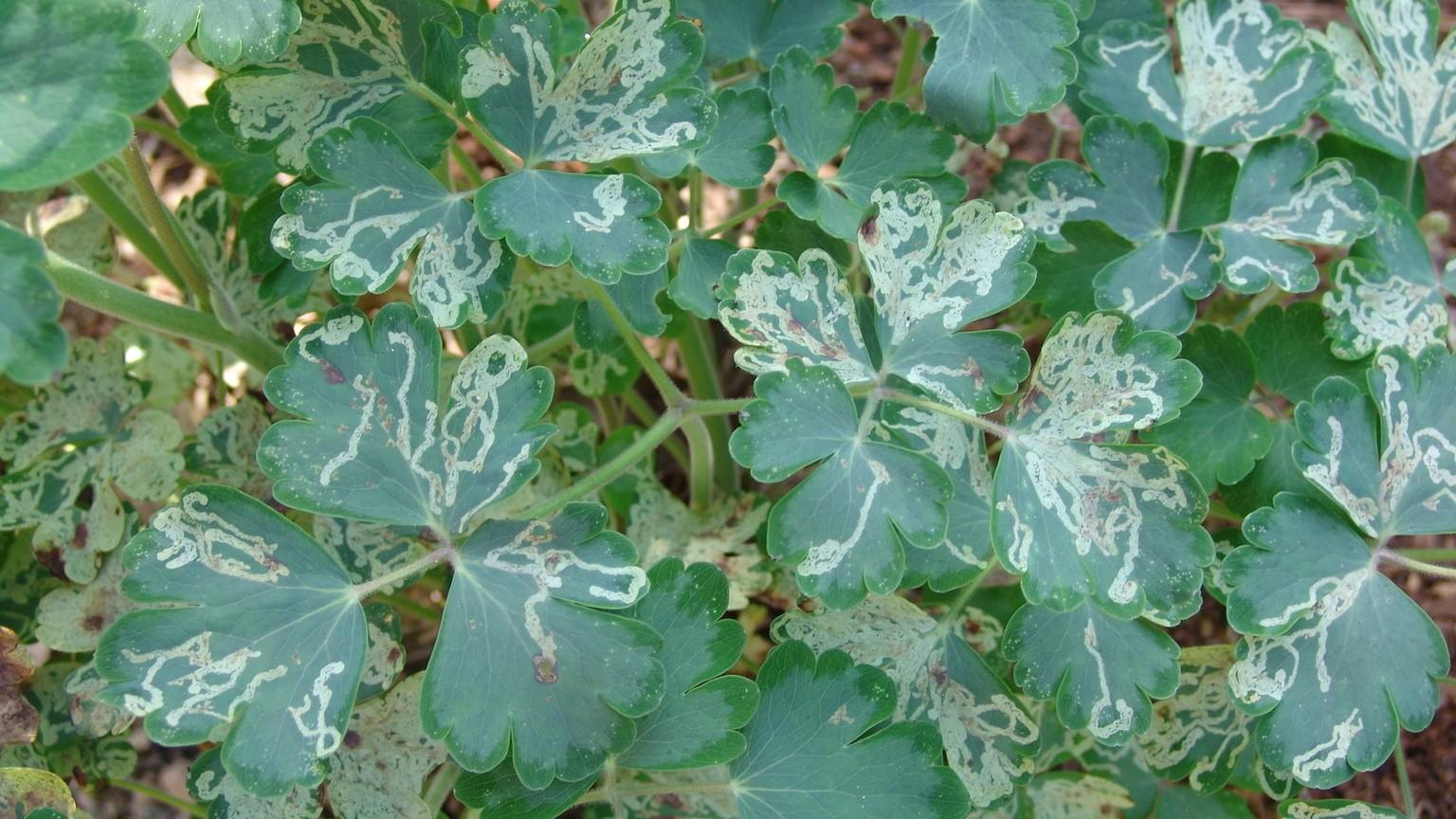 The mining damage may appear as blotches or serpentine or winding trails in the leaves. The female leafminer lays and egg(s) in the leaf. Upon hatching the developing larva feeds on the leaf tissue creating the mine as it goes. The damage is rarely serious but may lower the aesthetic value of the plant.

Some herbaceous plants that are hosts to leafminers include columbines, perennial sunflowers, daisies, and Veronica. Monitor plants, especially columbine, throughout the growing season. When you spot mines forming, press the area between your fingers to kill the larva or pick off infested leaves and dispose of them.