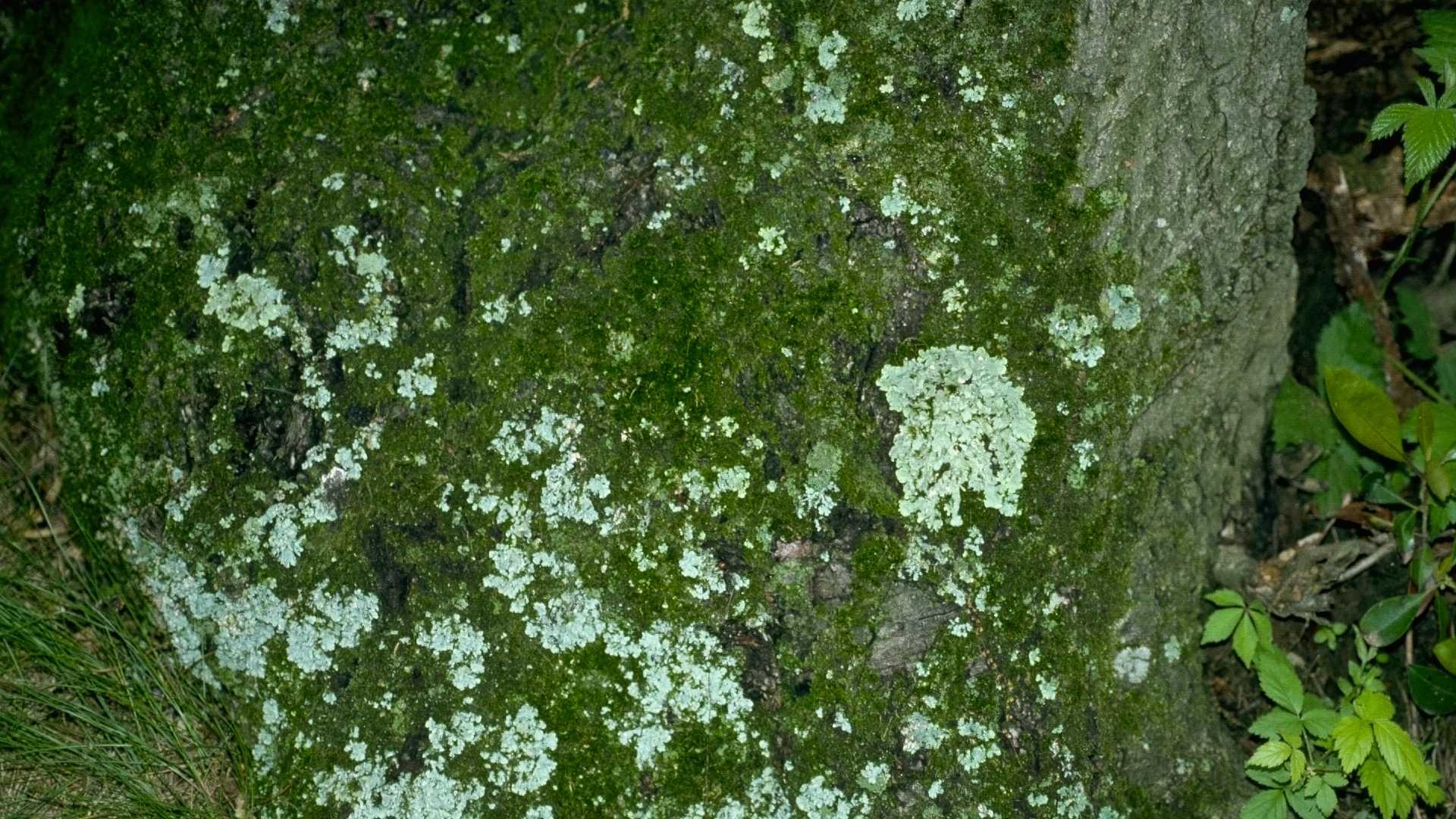 Algae, mosses, and lichens growing on a tree trunk

Algae and mosses often grow as green patches on the bark of trees. Contrary to popular belief, moss does not grow only on the north side of a tree. Algae and mosses grow in any moist shady site. They live on the tree bark without harming it. Mosses are non-vascular plants, able to colonize on hard, impervious surfaces such as bare rock and brick, as well as tree bark. Moss and algae are primitive plants that derive nourishment through photosynthesis. Some algae may have a moist or slimy appearance. While they are both usually green, colors may range from blue-green to black. No controls are necessary.

Lichens are non-destructive living organisms composed of fungus and algae and typically appear as gray-green patches on trees and shrubs. They are harmless.

What Causes Trees and Shrubs to Die?